What is the definition of an appeal?

An appeal is a petition to a higher court by the losing party in a court action to overturn a lesser court’s judgment. The basis of an appeal has to be a reversible oversight in the application of the law at the trial court level (i.e., depending on the facts, the court plainly misapplied the law).

An appeal can be filed only after a final judgment or order has been reached by the trial court. This is quite simply for reasons of efficiency, so that the court system isn’t bogged down by delays and trials aren’t constantly put on hold while awaiting appeals associated with a judge’s every ruling.

At the conclusion of a trial, the losing party may also construct direct appeals (e.g., motion for a new trial, motion for directed verdict) to the presiding judge to immediately overrule the jury’s judgement, nevertheless these are rarely victorious.

Does an appeal constitute a new trial?

No. In an appeal there won’t be any new issues provided or witnesses designated to testify. The appellate court will only assess the trial’s transcript and evidence offered during the trial to figure out whether there were errors with regard to either procedure or application of the law. Even if there were errors, when they are considered minor – legally designated “harmless error” – the judgment won’t be overturned or a new trial granted.

Can any judgment be appealed?

The short response is no, there isn’t any absolute right to an appeal. Every state has laws which outline the kinds of cases which appellate courts may review. There should be an error of law for an appellate court to review a case. The reality that the losing party did not like the decision is not really enough to sustain an appeal.

That being said, even in administrative courts or lower level courts, if anyone’s constitutional protection under the law have been infringed upon, some may file suit to enforce their privileges and/or to revisit the original case.

What is the definition of the appeals process?

In Texas court proceedings, the appellant or petitioner (the party appealing the judgement) should file a notice of appeal within 30 days of the decision. In federal court, the deadline is 60 days. The filing of the notice of appeal begins the clock running on the appeals process and then there are prescribed deadlines from this point on. The petitioner submits a legal brief detailing the alleged discrepancies of law made by the trial court, and the respondent or appellee (the party that prevailed at the trial) creates a reply.

Once the appellate court acquires both petitioner and respondent briefs, it will assess the arguments and make a determination of whether: a) there were errors of law made by the trial court, and additionally b) if perhaps the mistakes rise to the level of “reversible error” (highly serious errors). As mentioned above, benign discrepancies are likely to be disregarded by the appellate court.

There might not be oral arguments given by petitioner and respondent. If the court chooses to hear oral arguments, the petitioner will present their arguments and additionally field inquiries from the judge(s) and after that the respondent will do the same. In the majority of appeals, this question and answer format may last 10-15 minutes per side.

Whether the appeals court listens to oral arguments or issues a verdict established exclusively on the written briefs, the court will either: 1) affirm the decision; 2) demand a new trial; 3) change the ruling in some way; 4) give consideration to new facts or evidence (seldomly); or 5) in incredibly infrequent cases, may throw out the case completely.

What is the likelihood of a successful appeal?

Because of the flexibility appeals courts give trial decisions, petitioners bear a far greater responsibility in proving that errors of law happen to be considerable rather than harmless. If an appellate court can discover any satisfactory argument that the oversight could not have changed the verdict (and is therefore “harmless”), it will refuse to overturn the verdict.

There will most certainly be, certainly, a number of cases where significant errors were made and appeals courts will overturn those verdicts. Particularly serious are charges that the trial court refused the law secured by the constitution, that include due process and equal protection rights.

I lost my trial due to the fact that my attorney made stupid mistakes, can’t I depend on an appeal to correct them?

Don’t rely on appeals to make up for any real or perceived deficiencies at trial. You should put all of your energy into the trial itself, which includes finding the proper lawyer to attempt the case. Successfully appealing a verdict simply because you had a deficient attorney is a difficult proposition. You can’t appeal because you basically had a poor lawyer.

You can appeal on the basis that your attorney was so incompetent that you had been denied your 6th Amendment right to a fair trial (known legally as an “ineffective assistance of counsel” appeal). This occurs nearly exclusively in criminal defense circumstances and the standard for the appeal is really high – courts are incredibly deferential to the competency of attorneys and maintain a strong presumption that the lawyer’s assistance was within professional standards. To put it in perspective, there have been situations where an attorney has fallen asleep during a trial, yet the verdict was not overturned nor the case retried.

Many cases aren’t eligible for appeal since the trial attorney did not object to a ruling during the trial, and therefore didn’t “preserve” that issue for appeal. For example, a written statement from a witness accusing a defendant of robbery is entered into evidence, but the witness does not testify at trial. The defense attorney does not object and the defendant is convicted based solely on the written statement. The Confrontation Clause of the 6th Amendment guarantees a defendant the right to face his accuser, a right which, if infringed, could form the basis for an appeal.

Because the attorney neglected to object at trial to the admission of a written statement rather than live testimony, however, the defendant is regarded to have waived this priviledge and an appeal will possibly not be allowed on that issue.

The example sounds absurd; an attorney waives your constitutional priviledge through ineptitude, yet your appeal on the basis of inadequate assistance of counsel fails – but it happens frequently. An appeals court may reason that calling the witness on the stand wouldn’t have had any beneficial effect for the defendant and therefore the decision not to object may possibly be considered a trial strategy. That’s the type of deferential latitude attorneys get in ineffective assistance of counsel appeals as well as the reason why it is important to select your attorney wisely at the beginning of the process and stay involved during each aspect of the trial.

What is a writ?

A writ is a directive from a higher court instructing a lower court or government official to take a specified action in accordance with the law. For instance, if a lower court decides to try a case that is outside of its jurisdiction, one or more of the legal representatives concerned may object and seek a writ of mandamus (writ of mandate) from an appeals court ordering the lower court to transfer the case to another jurisdiction.

How do writs and appeals differ?

Writs are extraordinary court orders and solely issued in cases where a moving party (the one seeking the writ) has no other available alternatives. In the case of the writ of mandamus from above, the moving party had to act quickly simply because the lower court improperly took the case. If the moving party had simply objected at trial and waited to appeal, a remarkable waste of time and money would have occured – and all for nada if the trial court improperly took the case.

Generally, superior courts won’t review choices of a lower court until a final verdict is delivered, for the formerly discussed reasons of efficiency and leeway given to lower courts. Unlike appeals, which need a final verdict, writs are immediate orders and extraordinary in that the ordinary course of a trial is disrupted, potentially causing disorder and delay.

Courts do not necessarily take such events lightly and superior courts do not issue writs often. A court will only issue a writ when a lower court wrongly decided an issue, permanent harm would happen to a party, and there are no other options.

Courts could also issue writs, such as writs of attachment and execution, in order to force compliance with a court order by an unwilling party.

What’s the definition of a writ of habeas corpus?

A writ of habeas corpus is a judicial mandate to a prison official ordering that an inmate be produced to the court so it can be determined whether or not that person is imprisoned lawfully and whether or not he or she should be released from custody.

Literally translated, a writ of habeas corpus is a court order to “produce the body,” and is generally filed by those in prison, though they are also filed by those who have been held in contempt of court by a judge and either imprisoned or threatened with imprisonment. Also known as “the Great Writ,” habeas petitions are ordinarily referred to as the hallmark of the United States justice system. Unlike other countries where the powers that be may throw someone in jail and keep them there indefinitely without filing charges or conducting a hearing, habeas corpus serves as a check on the government and offers prisoners a legal avenue to protest their imprisonment.

A habeas corpus petition can be filed in state or federal court. Before filing in federal court, however, all state options must be exhausted first.

Everyone has the right to challenge illegal imprisonment or inhuman prison conditions. Like all writs, however, courts will insist on clear and convincing evidence in support of a writ and do not issue them frequently.

Dealing with the appeals process is tough and time consuming. An experienced attorney from the Charles Johnson Law Firm in Houston, Texas can help you plan your next move. Contact us today for a free initial consultation. 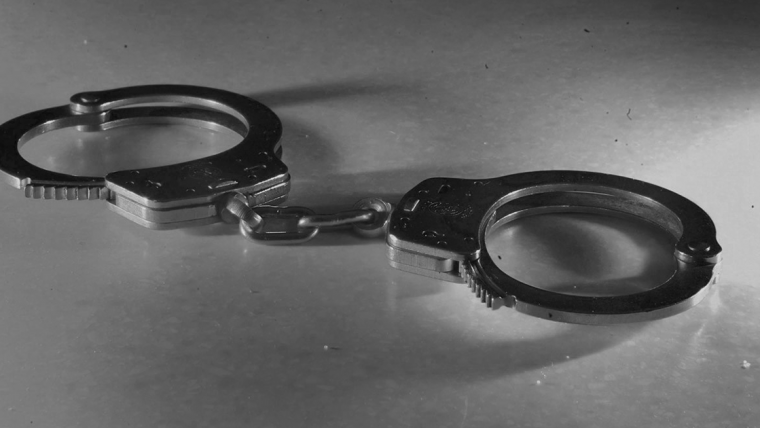 Houston Lawyer: What Happens When A Person is Arrested For A Crime?

You’ve been charged with Assault. What to do now?